Japan is a country of rich culture and history, which fascinates the western world. The past 10 years have seen interest in indigenous Japanese alcohols grow astronomically. Perhaps most notably in Japanese whisky, a growing craze that has cast much light on the small island nation. However, whisky is the tip of the iceberg in terms of what Japan has to offer. For us, mixing with whisky is nothing new. Here I will explore the lesser-known side of Japanese booze.

Kokushu (which translates to ‘national brew’) is the given word for all alcohol from Japan. This can be broken down into 3 main categories: Sake, Shochu and Whisky. Clouded in mystery and misconceptions, Sake and Shochu are little known or drunk outside of Japan.

Mixing with both is captivating. Their ingredients contain a nuance of Japanese flavours rarely seen in western drinks. We’re not talking about simply adding Sesame, Yuzu or Wasabi to make your cocktail ‘Japanese’ but using Sake and Shochu to add a layer of complexity and authenticity.

Sake (or to give it it’s proper name, Nihonshu) is a beverage made from Japonica (short grain) rice. Like most other alcohols, starches from the base material need to be converted into simple sugars ready for fermentation. Sake’s key difference in its production is the Multiple Parallel Fermentation process.

In Sake production Koji, produces an enzyme called amylase. This enzyme breaks down the complex carbs in the rice into simple sugars, which can then be fermented by yeast into alcohol. These processes happen simultaneously, hence the name Multiple Parallel Fermentation. To my knowledge, Asia is the only place where his process is seen.

Sake comes in many forms, different grades, non-aged, unpasteurised and more. Each work in a different way and will affect your mixing accordingly!

Most sake will come with a grade. Whilst the grading isn’t the only factor to consider when picking a Sake, it will help give you a clearer idea of the expected flavour. Lower grades of sake have more umami and cereal notes, with higher grades showing more aroma with fruity and floral flavours.

Below is a drink designed by Klará Kopčiková of The Pineapple Club. 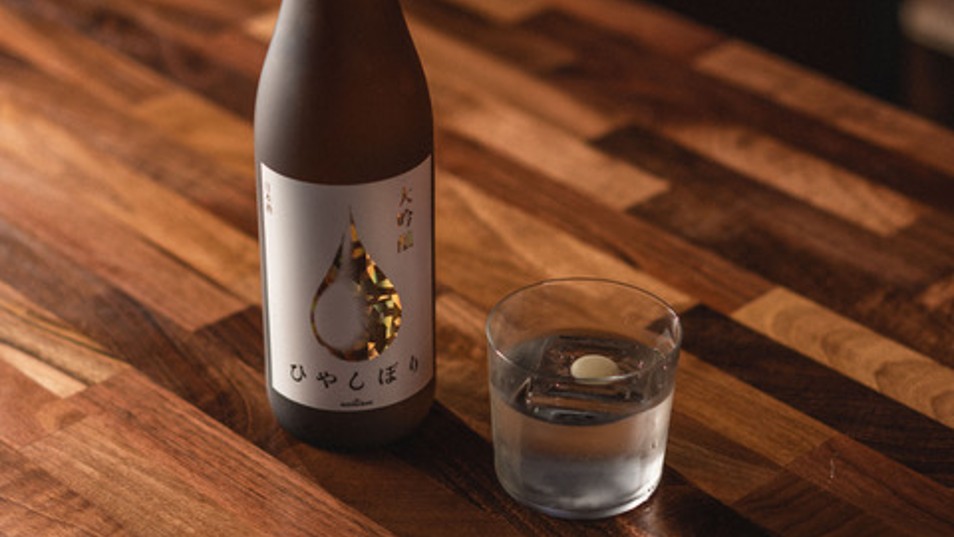 Mix all ingredients together and stir over ice. Pour into a short glass over block ice and garnish with a vegan white chocolate button.

This drink is a great showcase of how Sake can be versatile. The mouth feel of this drink is rich and creamy, due to the lactic acid present in the Sake, which pairs greatly with the creme de cacao and vanilla. The grading of the Sake is Daiginjo. This has added alcohol which helps elevate the esters in the Sake (and cocktail). This cocktail would also work brilliantly with a Muroka Nama Genshu Sake.

When choosing a Sake it is important to consider the grading. However, more often than not there will be other elements that affect the flavour. For example, Koshu Sake is an aged Sake. Whilst typically all Sake is aged at the brewery for some time before release, Koshu has seen a minimum of 3 years in tank before release. As a result, Koshu carries a bolder, stronger, more complex profile compared to other Sake that have undergone less ageing.

Namazake (unpasteurised Sake) is a very interesting ingredient. One of the rules in Sake production overall is that you are not allowed to add any additive like Sulphites. This means Sake needs to be pasteurised to keep it stable. Pasteurisation in Sake gives very similar results in flavour to cooking garlic, it mellows the larger, bolder flavours and tames the harsher elements of the Sake.

Designed by Samuel Boulton of The Pineapple Club. 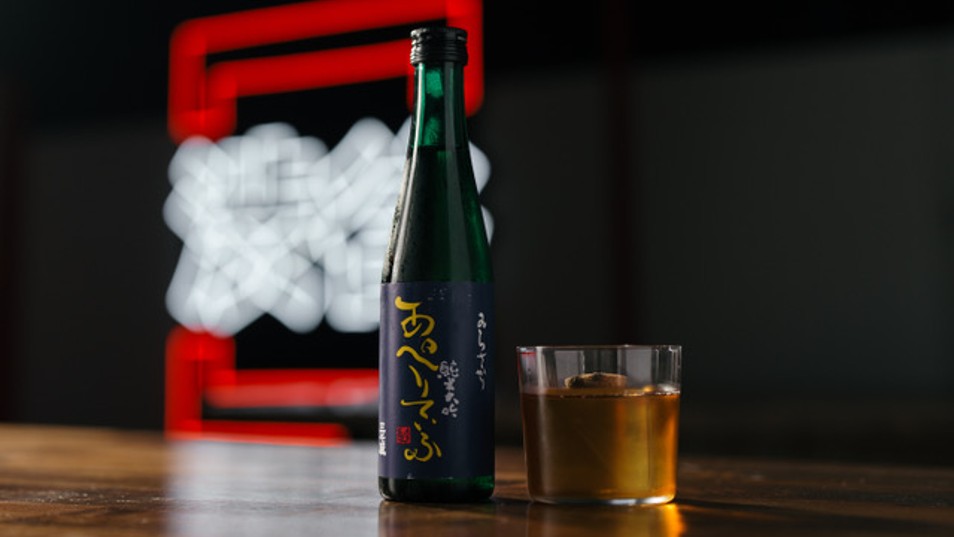 Mix all ingredients together and stir over ice. Pour into a short glass over block ice and garnish with a miniature cookie.

This drink is my interpretation of bringing Japanese and Western cultures together. There is no gimmick here, just great flavours. Here you have an Imozake (a Sweet Potato Shochu) providing a rich Umami back bone to the cocktail, the Koshu adding a complex, rich, miso-like body which pairs with the cookie and saline. The drink tastes like a biscuit. Typically, autolytic flavours (that “biscuity breadiness”) are often hard to replicate in cocktails, but here you really feel the full cookie flavour.

Not seen often in Japanese cocktail bars, Shochu is typically reserved for traditional-style drinking. However, Shochu is perfect for Western-style mixing. Whilst the ABV is low (most are around 25%) the variety in Shochu sets it apart from most other alcohol. Shochu has over 50 approved ingredients; the most common Shochu are made from Rice, Barley, Sweet Potato, Kasu (Sake Lees), Brown Sugar, and Long Grain Rice.

Each base ingredient brings a unique character to each Shochu. Kokuto (Brown Sugar) is a great replacement for Caribbean Rum. Kome (Rice) can be used similarly to Vodka when you want something else in your drink to shine. As you explore new styles of Shochu and begin to understand their application in your existing drinks repertoire, your creativity will start to flow.

Below is a drink designed by Klará Kopčiková of The Pineapple Club.

Mix all still ingredients together in a tin and shake. Pour into a tall glass with ice and top with lemonade. Garnish with a Pokemon Card.

This is drink is based on the famous Japanese Chu-Hi. Chu-Hi is an abbreviation of Shochu Highball, typically a light, fruity drink, drank directly from a can, nothing like a Whisky Highball. This Kasutori Shochu is made using Daiginjo, Sake Lee’s, resulting in very pronounced floral aromas which blend well with the fruit and floral notes added by the other ingredients.